The fifth annual Hammond-Harwood House Collectors’ Day will focus on how the reverence for George Washington influenced American decorative arts in the early nineteenth century. Since the creation of the United States, George Washington has been an iconic figure. Revered during his lifetime for his bravery leading the Continental Army and helping shape American democracy, his popularity has endured to this day.  After his death, commemorative objects helped his countrymen and women to mourn. Prints, jugs, clocks, and other pieces produced with his image adorned the homes of early Americans and several items, like a French-made clock and a porcelain punch bowl, can be found in the Hammond-Harwood House collection. Collectors’ Day will feature two expert scholars, an optional themed Washington tour, and a curated wine and appetizer reception in the garden.

Tickets include all lectures, food, and curated wine experience. The event capacity will be limited, masks required inside, and the receptions will be held outdoors in the garden.

This entertaining presentation includes a visual exploration down a rabbit-hole of George Washington memorabilia that Americans have been collecting for two centuries.  The iconic representation of the father of our country can be credited to the prolific portrait painter Gilbert Stuart.  Discover how this Washington image has been positioned on everything from mourning embroideries and textile engravings to miniature porcelain boots and souvenir spoons.

Miller received his BFA and MA in art education from Kent State University.

Catherine E. Kelly is the Editor of Books at the Omohundro Institute for Early American History and Culture and Affiliate Professor of History of William & Mary.

By the early nineteenth century, less than a decade after his death, George Washington was everywhere. His likeness graced magisterial portraits and cheap prints, imported china and commemorative medallions.  No other face was so familiar to so many U.S. citizens.  Washington’s ubiquity testified to his unique role in the young nation’s founding. But it also reveals the important role that visual and material cultures played in forging American political life.  Drawing both on the rich repository of images and objects that depicted Washington along with the responses of the women and men who created them, purchased them, and viewed them, this presentation uses Washingtoniana as vehicle for exploring the founding decades of the republic.

Catherine E. Kelly is a prize-winning historian and editor, her interests focus broadly on gender, culture, and politics in the Early American Republic. She is the author most recently of Republic of Taste: Art, Politics and Everyday Life in Early America (2016).

In memory of Glenn Harwood, thanks to the generosity of his wife Frances Newton Harwood, the Hammond-Harwood House is offering a limited number of scholarships to undergraduate students, graduate students, and young career professionals in the fields of architectural history, preservation, art history, decorative arts, material culture, history, and related subjects. Glenn had an active interest in getting the youth involved with the mission of the Hammond-Harwood House Museum.

The scholarship covers all events connected with Collectors’ Day and a travel stipend to come to Annapolis. Interested scholars should apply by October 18, 2021. Contact Curator and Assistant Director Rachel Lovett for more information at Rachel@ hammondharwoodhouse.org 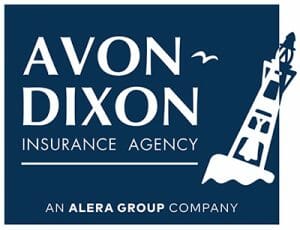