Charles Willson Peale, Renaissance man and artist, served as a catalyst for the creation of American citizenhood. Constantly reinventing himself, Peale cultivated an endless list of interests from the mechanical to the artistic. His ambition fed his talent, and his success as a chronicler of early American life is the result.

Peale has long been identified with the city of Philadelphia, where he painted Revolutionary War figures and established his museum. However, it was his home city of Annapolis that fostered the start of his artistic career. In Maryland’s capital city Peale formed strong friendships with members of the landed gentry. These men provided funds for him to study in London under Benjamin West in one of the earliest examples of art patronage in America, setting a precedent for future artists.

The exhibition follows Peale’s Annapolis commissions chronologically with 25 portraits, including eight loans from institutions like Yale University Art Gallery, the Baltimore Museum of Art, and the state of Maryland. The show also includes important portraits owned by descendants of the subjects; two of these paintings have never been on public display.

The exhibition is open during museum hours — noon to 5 p.m. daily except Tuesdays.

The catalogue is available for purchase in the museum’s gift shop. 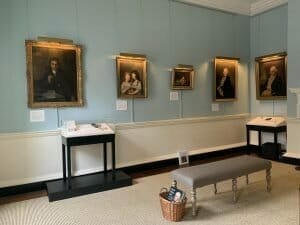 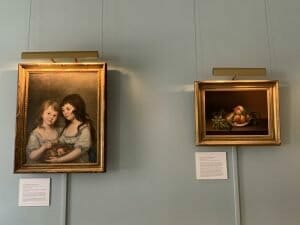