Did you know that an object at the Hammond-Harwood House Museum has a connection to an Olympic athlete?
As we celebrate the final week of the 2021 summer Olympics, let’s explore that story. In 1975 Josephine Doak (1898-1977) donated a large famille rose Chinese export punch bowl. It came from the collection she built with her late husband, Colonel Sloan Doak (1886-1965), at their estate on Ellenham Road in Ruxton, Maryland.
Sloan developed an avid interest in horses during his childhood. He graduated from West Point in 1907. He then spent his early years in the service at Fort Riley in Kansas as a riding instructor, where he also played competitive polo and was a member of the team that won the Western Circuit Championship in 1915. He went to the Olympics three times, including 1920 in Antwerp, 1924 in Paris, and 1928 in Amsterdam. In Antwerp Sloan secured a bronze, the only medal for the United States Equestrian Team that year. During this exciting time he married Josephine in June 1923. In 1932 Sloan became the Chairman of the Olympic Equestrian Jury, the first American to hold that honored title. Sloan went on to be a judge at a number of competitions, and served as president of the American Horse Show Association. He had a 35 year military career and retired in 1936. He and Josephine enjoyed travel, antiques, and gardening. Josephine was president of Hardy Garden Club, and it is possible that through this association she heard about the Hammond-Harwood House Museum. The museum has enjoyed a long and fruitful relationship with many garden clubs of Maryland.
Chinese porcelain like this bowl was very popular in the West. By 1800 nearly 60 million pieces had been exported from China to grace the tables across Europe and America. In the 18th century, design and production of traditional Chinese porcelain shifted to cater to Western clients. This bowl measures an impressive 21 inches in diameter and is 9 inches tall. The word punch comes from the Hindu word “panch” which means five—generally the number of ingredients included. Punch drinking became popular in the West during the period of extensive trade with Asia.  These bowls were used on festive occasions at social clubs and private gatherings, especially in America. No doubt this bowl was used on festive occasions at the Doak’s home, possibly even to celebrate an Olympic medal!
Medium: Porcelain
C88 Donated by Josephine Doak in 1975 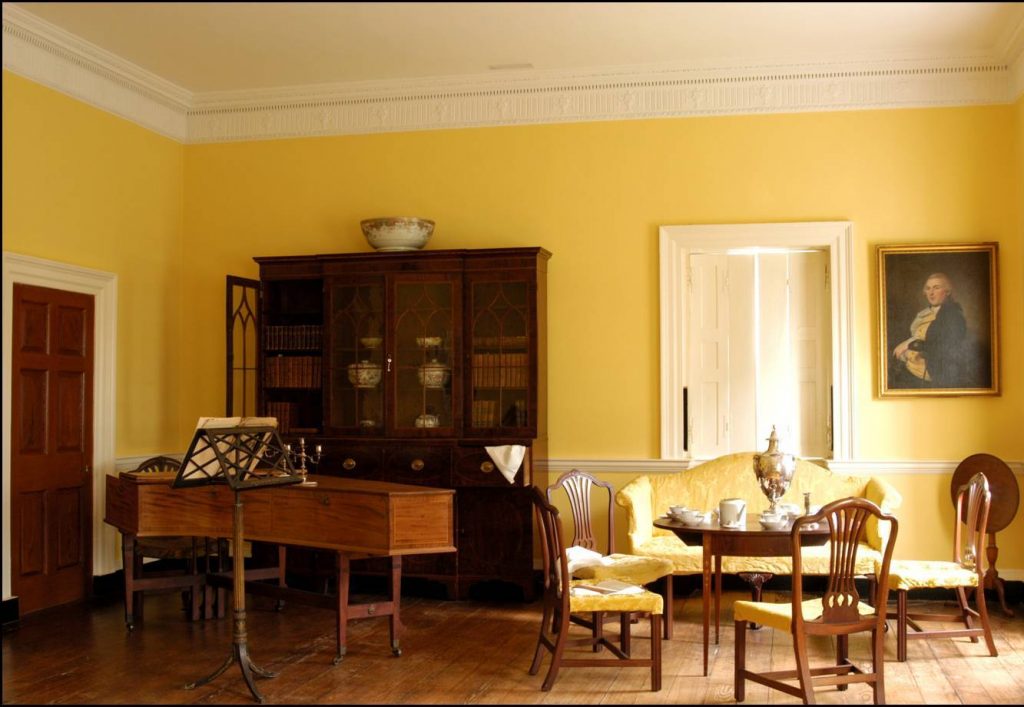 Posted on Aug 10, 2021 in Collections, Item of the Week by Hammond-Harwood House