Seated in the center of the painting, Annapolis native Daniel Delozier confidently gazes out at the viewer as if he is about to start a conversation. Painted 233 years ago, this image now hangs in the dining room at Hammond-Harwood House. During his youth in Annapolis Delozier witnessed the height of the city’s Golden Age, which lasted from 1763 up until the American Revolution.

In 1771 Delozier’s uncle John Randall (1750-1826) moved from Virginia to Annapolis with architect William Buckland. Randall was the younger brother of Delozier’s mother Susannah. Randall had been Buckland’s apprentice since age 13, but had newly become his partner upon their arrival in Annapolis to work on Edward Lloyd IV’s townhouse. After the untimely death of William Buckland in 1774, Randall finished his mentor’s masterpiece—the Hammond-Harwood House.
Only a decade apart in age, Randall and Delozier became fast friends. Randall may have taught his nephew woodworking. Delozier may even have worked on the Hammond-Harwood House interiors under his uncle’s direction.

Young and ambitious, Randall positioned himself as a key player in the colonies’ fight for independence. He rose to become a colonel and the state clothier from 1778 to 1779. Delozier assisted him on this endeavor and with the opening of a shop on Market Square where they lived after the war. Randall became one of Annapolis most enterprising citizens—he owned a flour mill and a schooner; he was appointed Collector of the Port of Annapolis and elected mayor of Annapolis three times. Randall married Deborah Knapp in 1783 and the couple had 14 children. Delozier was like a second father to Randall’s children.

The artist Charles Willson Peale and Delozier were friends from their days in Annapolis. They did correspond a number of times; in 1791 Peale wrote informing him of his second marriage. Peale called Elizabeth DePeyster “a good young wife” and wrote that he hoped to introduce her to him soon. That same year Delozier married Ann Higginbotham, daughter of Ralph Higginbotham, the rector of St. Anne’s Church of Annapolis and headmaster of King William’s School in 1784, expanding its main role to a prep school for the nascent St. John’s College, chartered in the same year.

Delozier was appointed by George Washington in 1793 to be Surveyor for the district of Baltimore and Inspector of the Revenue for the port of Baltimore. He had been recommended by his uncle Randall. Delozier and his wife had no children and left their fortune to Randall’s two eldest daughters. The painting descended to Daniel Randall, son of John, and each subsequent child named Daniel, until it was donated in 1991 by Richard Randall Jr., a descendant and former director of the Walters Art Gallery who wrote the book American Furniture at the Museum of Fine Arts, Boston.

This August 14th marks the 287th birthday of Hammond-Harwood House’s architect William Buckland, so it is great to share a portrait of a young man Buckland knew well. 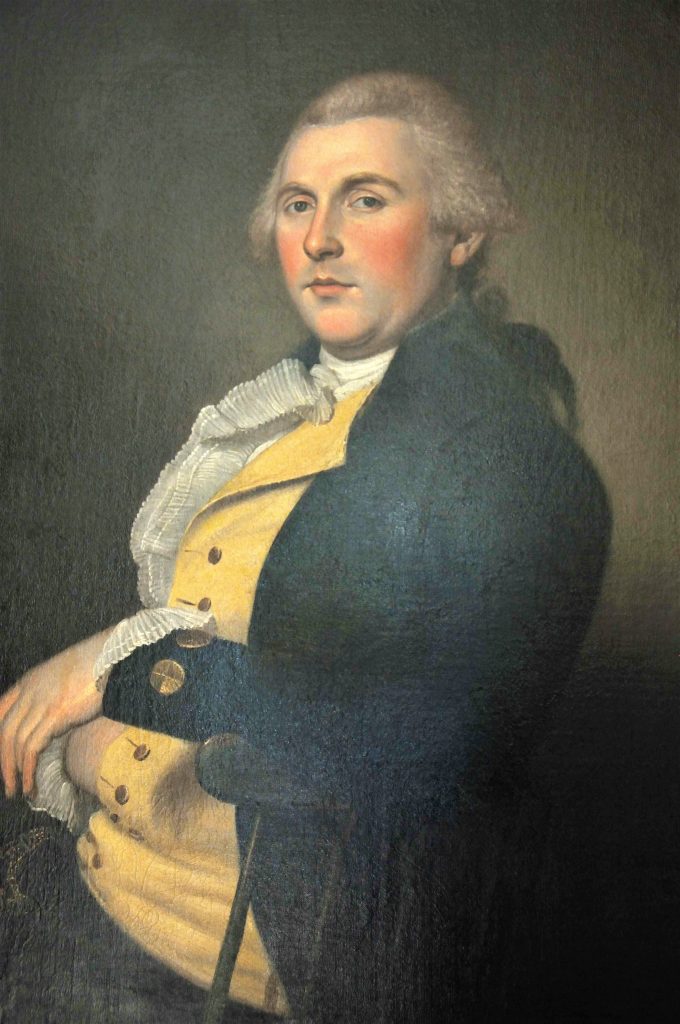 Posted on Aug 18, 2021 in Collections, Item of the Week by Hammond-Harwood House