As the museum celebrates women’s history month we want to share the transatlantic story of this painting. Margaret was heiress to a great fortune as the only surviving child of Jeremiah Townley, gentleman of London, and Frances Andrews. After the death of her mother in 1693 she was raised by her affluent maternal grandfather Edward Andrews and step-grandmother Lady Browne Fisher in London.

Independent minded, she fell in love with a man considered beneath her station. She  married Richard Chase, a respectable albeit middle class minister, in 1714, much to the surprise of her family and friends. Details in this 1720 portrait illustrate her status. The dolphin seen in the fountain is a symbol for Christianity, or the savior, as these animals rescued sailors from drowning at sea.  The dog in her lap is a King Charles spaniel, indicating her status, as only friends of the king could own this breed at that time. Dogs in this period were meant to represent two things for a woman– fertility and loyalty.

Margaret and Richard moved to Somerset County, Maryland, in the early 1730s with their three sons– pre-teens Richard and Jeremiah, and baby Walter. At the time Maryland must have seemed like the wilderness to Margaret, who had grown up in the luxury of London. They came with Richard’s younger brother, Reverend Thomas Chase (1703-1780), who was a rector in Somerset County and later in Baltimore starting in 1743. Thomas was the father of Samuel Chase (1741-1811), a signer of the American Declaration of Independence. Margaret was a heraldic heiress, meaning that her male line had died out and she could inherit her father’s coat of arms. Only Margaret’s direct descendants had legal claim to her coat of arms. However, her nephew by marriage, Samuel Chase, the signer, used her arms a number of times on silver urns and Chinese porcelain. Americans did not adhere to strict British heraldry rules and would often either steal a coat of arms of a high ranking family member or invent a coat of arms completely.

Richard and Margaret traveled back to England in 1739 and Margaret died there in 1741. Richard returned to Maryland and died in 1742. Their three sons stayed in America. Their son Richard married and died young at age 39. Richard’s two children, a daughter Frances and son Jeremiah Townley Chase (1748-1828), were then raised by their great-uncle Reverend Thomas Chase in Baltimore. Jeremiah Townley Chase later bought the Hammond-Harwood House for his daughter Frances Chase Loockerman in 1811. Jeremiah, a politician and mayor of Annapolis, tried several times unsuccessfully to pursue his grandmother’s fortune in England. In the family Margaret was fondly remembered as Lady Townley, and several of her descendants were named Frances or Townley after her. 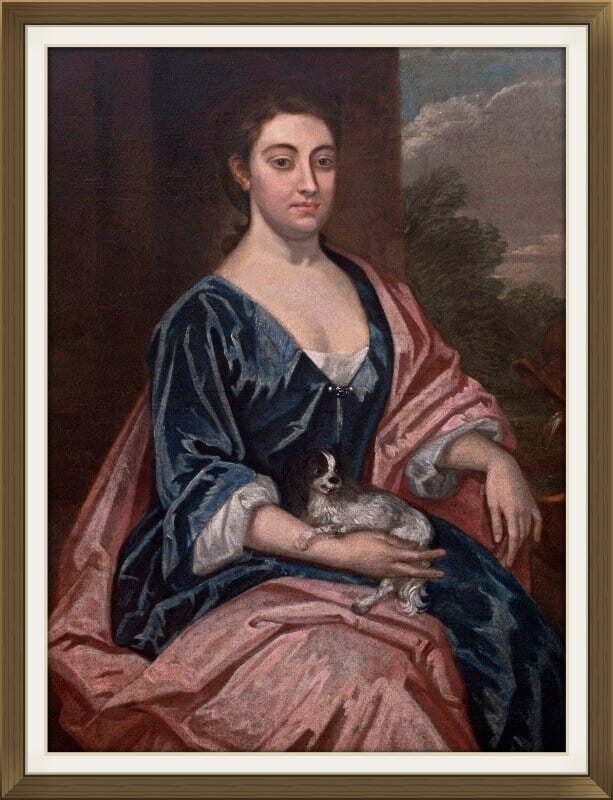 Posted on Mar 11, 2021 in Collections, Item of the Week by Hammond-Harwood House