This unusual plate is in a pattern known as The Blind Earl, named in honor of George William Coventry, the sixth Earl of Coventry (1722-1809), who suffered from vision loss. Made of soft paste porcelain, this tactile piece invites you to touch the scalloped edges and raised vines, indicative for this pattern. Realistic flora and fauna designs represented the intense interest in naturalism in the 18th century.  The whimsical butterflies, ladybug, and vegetation made these plates conversation pieces.

This formula for soft paste porcelain was developed by Dr. John Wall (1708-1776) and apothecary William Davis in 1750. Wall then convinced a group of wealthy investors to open a factory on the banks of the Severn River in Worcester, England. Its products bore the Royal Worcester imprint. Wall’s formula used local soapstone which made the pieces strong enough that they did not crack when filled with boiling water, as competitors’ pieces did. The factory, now the Museum of Royal Worcester, has the original floor plans in their archives, with a room labeled the “secret recipe room.” How George William Coventry, the sixth Earl of Coventry (1722-1809) lost his sight is something of a mystery. Sources are divided whether the Earl was blinded during a hunting accident in 1780 or suffered from a degenerative hereditary condition. The Earl as Lieutenant of Worcestershire commissioned the factory to design plates that he could feel, and hence his association with the name. The pattern, however, may have existed before the Earl’s request.

The Earl was born to great privilege as the second son of the Fifth Earl of Coventry and was educated at Oxford. After the death of his father and older brother, the Earl inherited the title and vast estates, including a county seat called Croome Court, now a National Trust Property. He married twice– first to the beautiful Mary Gunning, who famously died at age 28 after extended use of lead based makeup, and secondly to Barbara St. John, whom he called the love of his life; she shared his passion for estate improvements, exotic plants, and animals.

During his lifetime he worked tirelessly to improve his estate, employing the British all-stars of the day including landscape architect Capability Brown and architects Robert Adams and James Wyatt. The Earl was an arbiter of taste in England during his lifetime, influencing fashion, architecture, and material culture– as seen with this plate.

Pieces of Blind Earl porcelain can be found at institutions like the Victoria and Albert Museum, Museum of Royal Worcester, and the Museum of Fine Arts Houston, just to name a few. 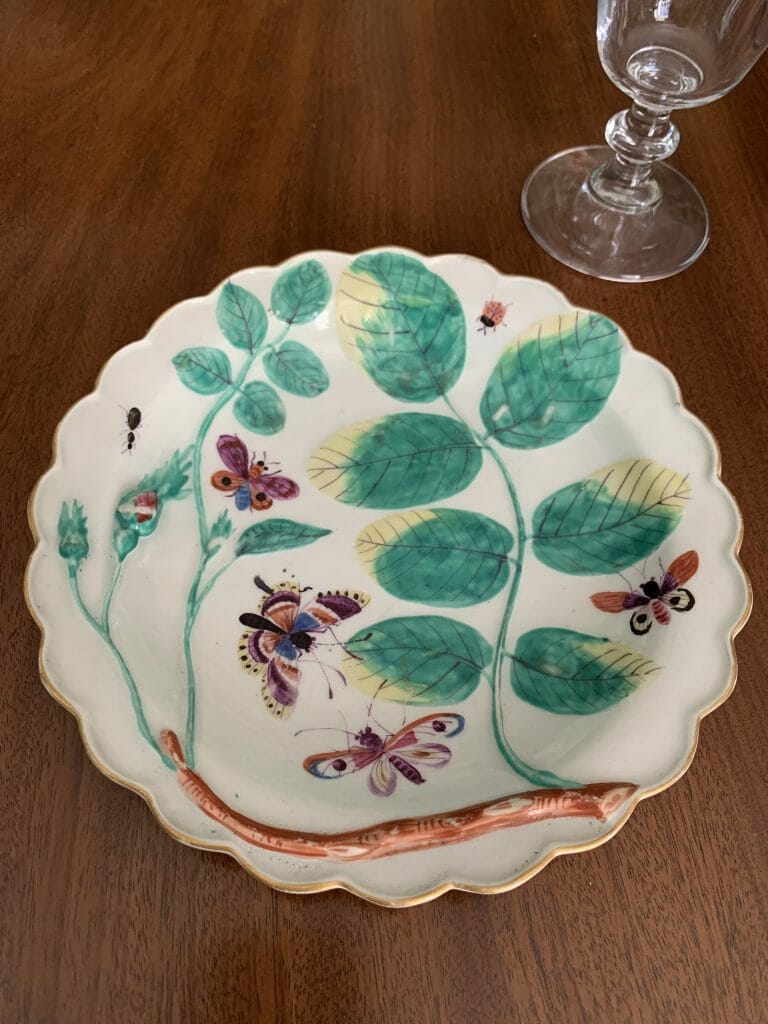 Posted on Feb 25, 2021 in Collections, Item of the Week, Reading List, Resources by Hammond-Harwood House