English silversmith William Plummer was a skilled London craftsman who specialized in pierced objects such as baskets, strainers, and salt cellars like this one. He did a high volume of work, and many of his pieces reached cities in the American colonies including Annapolis.

Although this piece bears William Plummer’s W.P hallmark, that wasn’t always the case for his pieces sold in Maryland’s capital city. For example,  Annapolis silversmith William Whetcroft defaced William Plummer’s hallmark and defiantly stuck his own onto an imported silver basket. It is unclear exactly why Whetcroft would have overpunched Plummer’s hallmarks and brazenly put his own. Perhaps he acted in response to the pressure against importing British goods. However, despite the Revolution, many Annapolis citizens continued to look to England for style in material goods after the war, as seen here with this c.1783 English salt cellar, made in the last year of the conflict.

Whetcroft was originally from Cork, Ireland, and, after a brief time in Baltimore, came to Annapolis in 1766. He set up shop in Annapolis in 1769 after his marriage. Whetcroft’s step-daughter was Deborah Knapp Randall, who married John Randall, apprentice to William Buckland, architect of the Hammond-Harwood House. Whetcroft advertised himself as a jeweler, goldsmith, lapidary, clockmaker, and even a storekeeper. Whetcroft lived on West Street where he was a neighbor and friend of another Annapolis silversmith, the diarist William Faris. Faris recorded their families attending the same social gatherings. This salt cellar is original to the Hammond-Harwood House and was likely bought in downtown Annapolis, maybe even at William Whetcroft’s shop.

Salt cellars have been in use since the days of Ancient Greece, and gained great popularity during Elizabethan England. They are a precursor to modern salt shakers, which were introduced in the late 19th century. Traditionally salt cellars were strategically placed on the dining table, and those “above the salt,” closer to their hosts, were seen as important guests, contrasted to those “below the salt.” It is unknown if William Plummer ever found out about the deceitful actions of Annapolis silversmith William Whetcroft. However, if Plummer did know, one can imagine the scene if William Whetcroft ever traveled to London and was hosted for dinner by William Plummer. He surely would have been seated “below the salt.” 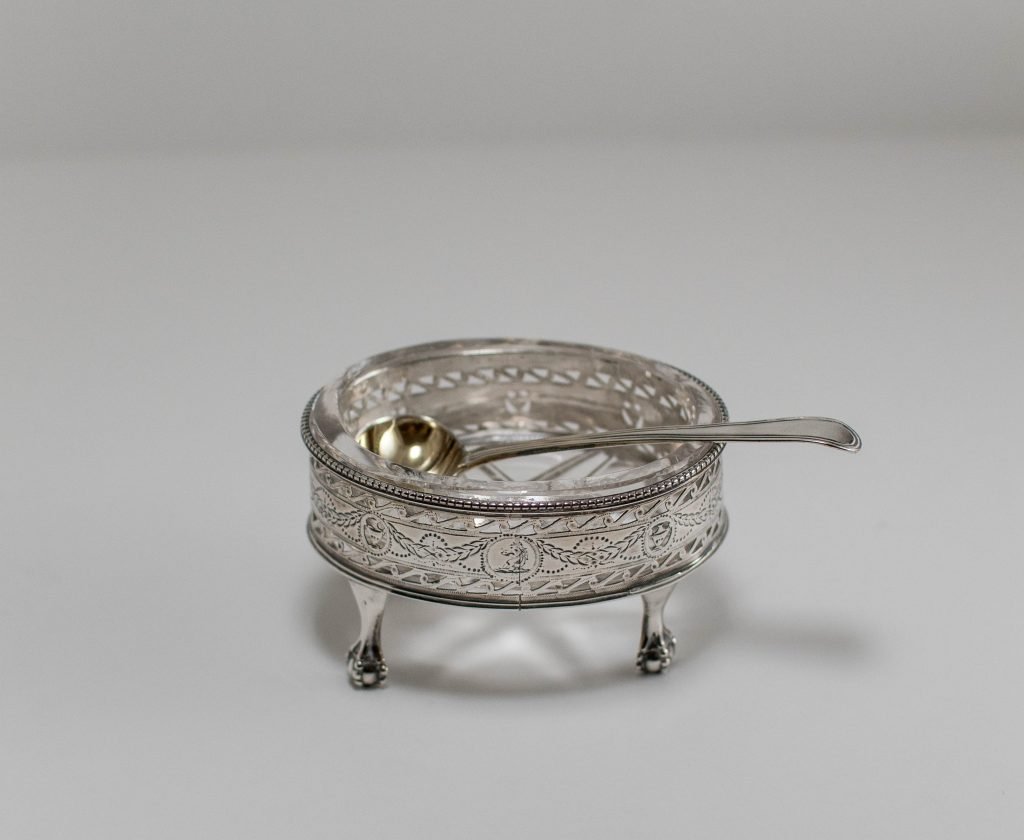 Posted on Mar 18, 2021 in Collections, Item of the Week by Hammond-Harwood House