Cordial glasses were very popular in 18th century England for fruit liqueurs and gin, generally having a “bowl” where the liquid was poured and elongated stems. Cordials such as sherry or ratafia, made from peach kernels or bitter almonds, were usually taken before or after dinner by ladies while men drank whiskey or brandy.  Medicinal cordials were also popular for a variety of ailments and made from a wide variety of fruits, lemons, mint, and nuts. This set of cordial glasses has a wonderful connection to one of America’s premier glass-making families.
On July 27, 1951  an interesting letter from the Steuben Glass Company of New York arrived at the Hammond-Harwood House. Inside the letter Mr. Douglas Carson, Director of the Antique Department, announced that Mr. Arthur A. Houghton Jr. intended to donate “six rare 18th century English cordials glasses with heavy firing feet… decorated with panel cutting and the stems are cut with hollow facet diamond decoration.”
Three days later the glasses arrived intact and were gratefully accepted into the collection. Donor Arthur A. Houghton Jr. (1906-1990) was a fascinating and dynamic character. Houghton was born into an important glas-making family. His great-grandfather Amory Houghton Sr. founded the Corning Glass Works in Corning, New York in 1851. Corning later acquired Steuben Glass in 1918.
Houghton had numerous careers including curator of rare books at the Library of Congress, vice chairman of the Pierpont Morgan Library, a trustee of The New York Public Library, chairman of the New York Philharmonic, and president and chairman of the board of trustees of The Metropolitan Museum of Art. He was an avid philanthropist and endowed the Houghton rare book library at Harvard in 1943 and was founder of the Corning Museum of Glass in 1951. He and his fourth wife, Nina Horstmann, married in 1973 in Annapolis and spent a great deal of time in Maryland. Their Wye River estate was later donated to the Aspen Institute and became a retreat center.
Medium: Glass
G6 Donated by Arthur Amory Houghton in 1951 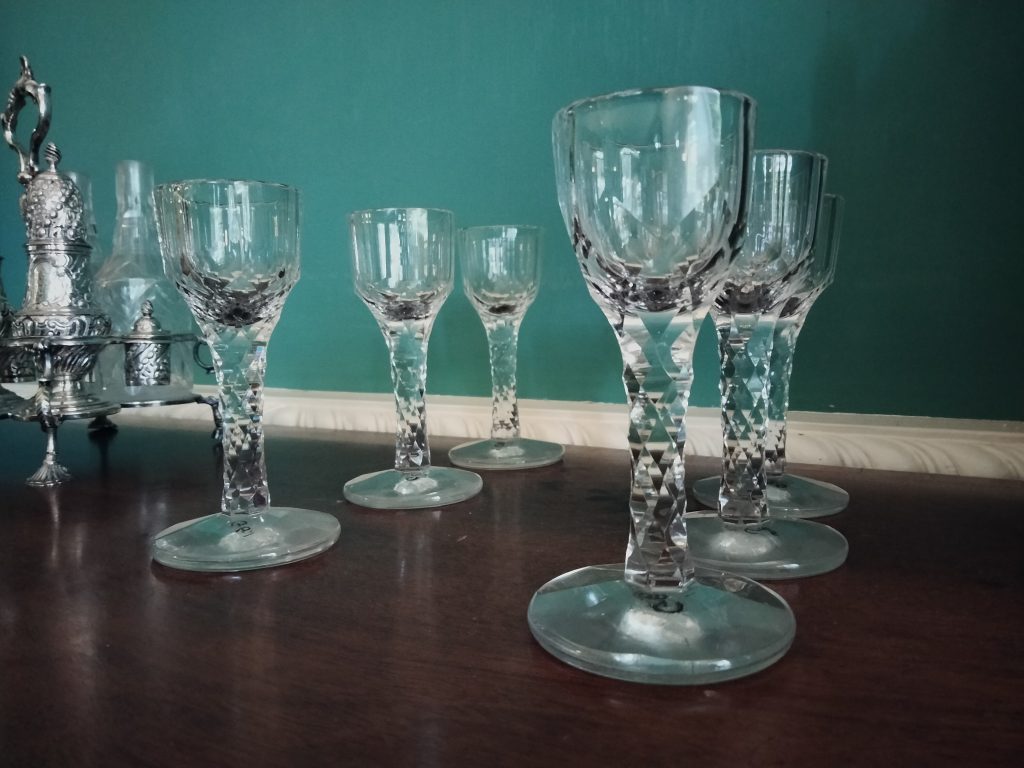 Posted on Oct 23, 2021 in Collections, Item of the Week by Hammond-Harwood House