The Hammond-Harwood House is pleased to announce the donation of an important early book that belonged to the family of Matthias Hammond, original owner and builder of the house.
This religious text was highly influential in shaping Anglican Church tradition, and was extremely popular for over two centuries. The book’s unusual name was taken from the King James Bible– the passage from Ecclesiastes 12:13: Fear god, and keep his commandments, for this is the whole duty of man. There is much debate about who the original author was. Most scholars believe the likely candidate is Richard Allestree (1619-1681), a chaplain to King Charles II and Professor of Divinity at Oxford, while other scholars believe it might be Henry Hammond (1605-1660), a fellow Oxford religious scholar who wrote the introduction. It was first published anonymously in 1658, during a challenging time of instability with the fall of Oliver Cromwell and the restoration of the monarchy with Charles II. Future editions never included the author’s name, as in the case of this book. The first part of this book was printed in 1703 by J. Heptinsell for Edward Pawlett at the sign of the Bible in Chancery Lane near Fleet Street in London. The second part was printed in 1704 at the theatre in Oxford, to be sold by Edward Pawlett in London. The two were bound together with devotionals and a text of The Ladies Calling by the same unknown author.
Given the date of the book, the original owner of the volume may have been Matthias Hammond’s grandfather, Charles Hammond (1672-1713,) and grandmother Hannah Howard, daughter of Captain Philip Howard. However, the first names recorded were Matthias Hammond’s parents Philip Hammond (1696-1760) and Rachel Brice (1711-1786) and their children including Matthias. The book contains more than fifty birth and death dates in elegant handwriting. The book was likely used at the Hammond plantation known as Howard’s Adventure, named for the family of his grandmother, in modern day Gambrills, Maryland. While Matthias did not marry or have children, his older siblings did, and the line continued through them. The text illustrates what the family would have been reading, and offers insight into their values.
The book is in need of conservation, and the museum is now looking at options for the best way to preserve this important piece of Maryland history. The goal of this project is to make the text available for future display and research.
Author: Unknown, Introduction by Henry Hammond, British, (c. 1605-1660)
B102 Donated by David Ellis in 2021 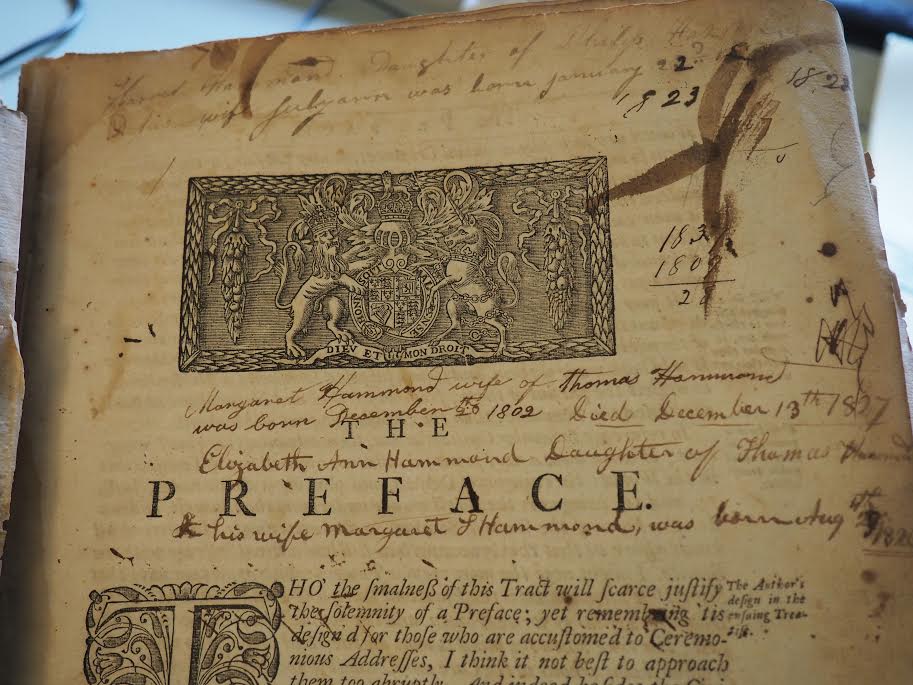 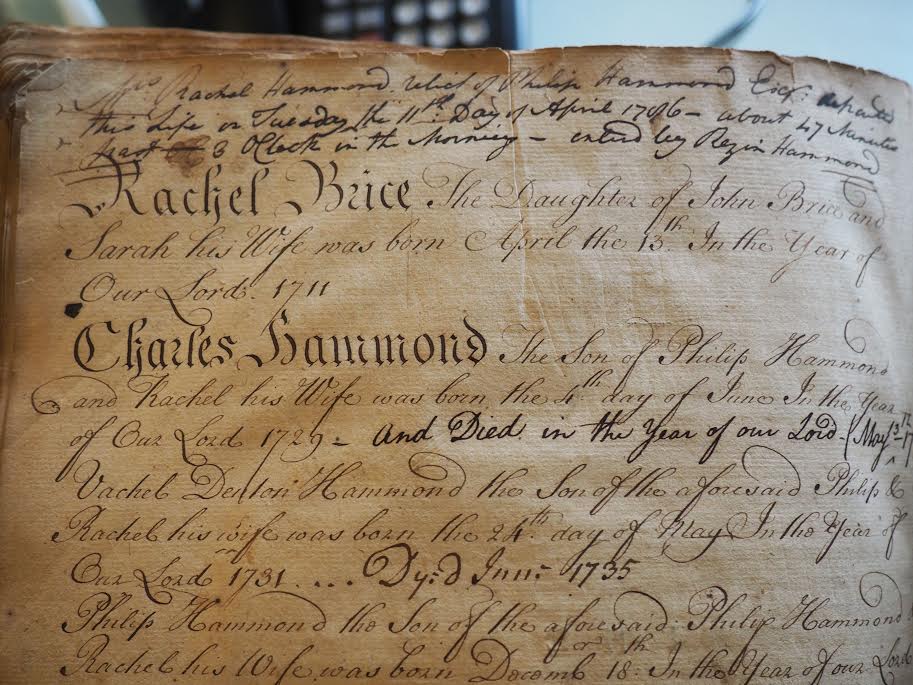 Posted on Apr 2, 2021 in Collections, Item of the Week by Hammond-Harwood House