This festive dining table exhibition displays the types of foods that may have been served at a Twelfth Night Ball or Collation and represents a link between the nineteenth century residents of both the Hammond-Harwood House and the Chase-Lloyd House, while also fitting in nicely with this year’s holiday theme for decorating the house, literature.

The traditional British festive holiday season, dating to medieval days and possibly earlier, spanned the full twelve days of Christmas, starting on December 25 and ran through the evening of December 5th, known as Twelfth Night or the eve of the Epiphany. The medieval agricultural cycle dictated life for the majority of the population who were largely engaged in farming, and the calendar was therefore marked by the agricultural cycle which demanded a very rigid and rigorous seasonal task list leaving little time for leisure or amusements. In those days, the period of advent before Christmas was a particularly lean time when foods were saved up in anticipation of the entertainments of the festive season. Once Christmas arrived, not only were people allowed to feast on the delights of the season, but farmers went on holiday and, apart from tending to their animals’ basic needs, stopped work for the entire holiday season.

In feudal European medieval society, peasant farm workers traditionally ate their meals with their masters, albeit at tables located as far away from the master’s dais as possible and consisting of much simpler fare than the elite diners. Accordingly, Twelfth Night festivities were anticipated with great joy because at that special night, marking the end period of the season, the peasant farmers were served a special cake known as the Twelfth Night Cake. This cake, much like those served for Mardi Gras today, contained a pea; the peasant who received the slice containing the pea was awarded a special honor and crowned the Lord or Lady of Misrule who was even allowed to wear an actual crown and dress in regal style. This temporary regal honor was temporary yet important because as lady or lord, even for just one night, they were given permission to turn the order of everyday life on its head, meaning master and peasant switched roles and the demands of the lord or lady of misrule had to be followed by all. This ritual of flipping the social order served a vital function within the rigid society because with it came the chance for the peasants to vent in a healthy way their frustrations with their daily lives through humor and good cheer.

Once the constraints of feudal society were cast off, the tradition of Twelfth Night continued for many people in Europe. However, evidence suggests that Americans did not embrace the idea of hosting Twelfth Night celebrations until the early nineteenth century. One of the earliest mentions of Twelfth Night in America is found in an 1802 edition of New York’s The Evening Post in which B. Isherwood of Broadway wrote: “To those who have seen the agreeable amusement of a Twelfth Night, the idea of a Twelfth Night Cake will not be foreign to their knowledge, particularly in London no family is without one” but is something “that is altogether novel in this country.” Evidence in the form of advertisements and announcements for Twelfth Night balls, collations and cakes, indicates that the tradition was adopted by some Americans but never embraced as much here as it was by people in Europe, particularly in Britain.

Happily, there is a reference to a Twelfth Night party held at Chase-Lloyd House in 1833 hosted by the Henry Hall Harwood and his wife, Elizabeth Lloyd Harwood. Henry Hall Harwood bought the house in 1826 from Edward Lloyd V. One of this party’s famous attendees was National Anthem lyricist, Francis Scott Key and his wife, Mary Lloyd Key. Mary grew up in the Chase-Lloyd house and was Elizabeth Lloyd Harwood’s sister. According to Sina Dubovy, author of The Lost World of Francis Scott Key (WestBow Press, 2014), Key regaled those who attended this celebration with one of his poems, Written for the Coronation of the Twelfth Night Queen (attached). The tradition of reading verse to the queen was well established according to an article in January of 1822 in the Maryland Gazette which reads “when the queen has received the homage due to her station, the company after having sacrificed to the muses by dancing and reading of verses….”

Additionally, it is possible that Frances and Richard Loockerman and their grown children also attended the 1833 Twelfth Night party at the Chase-Lloyd House. William Harwood (a first cousin once removed of Henry Hall Harwood) and the eldest Loockerman daughter, Hester Ann Loockerman, may have courted at the party amidst the dancing, good food and drink, and general jollity of the evening as they were married in 25 November 1834. Coincidently, William Harwood may have been singled out for special notice as his birthday was Christmas Eve.

Twelfth Night celebrations were special events where all the best foods marking the holiday season were served, especially the Twelfth Night Cake. An 1822 article in the Maryland Gazette described the cake as being “handsomely decorated” to add the pageantry of the coronation of the queen. These cakes are traditionally made with a sweet dough made with ale yeast that is flavored with lots of sweet spices, wines and spirits, and stuffed full of assorted dried fruits. The cakes are often covered in a layer of almond paste or marzipan and then coated with royal icing or sugar paste. The tops and side of the cakes are often elaborately decorated with sugar paste figures, fruits, leaves, vines, flowers, animals, among other designs such as the swans sitting on top of the faux cake in Hammond-Harwood House’s display. 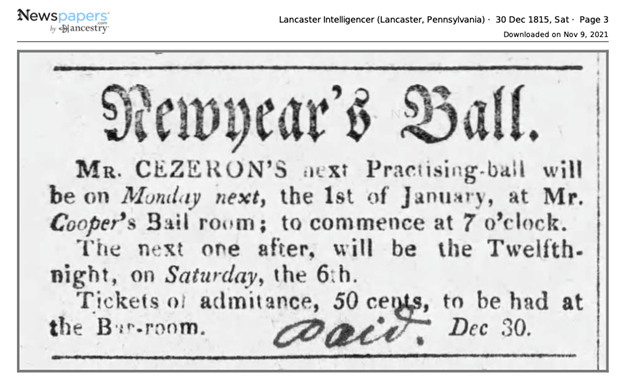 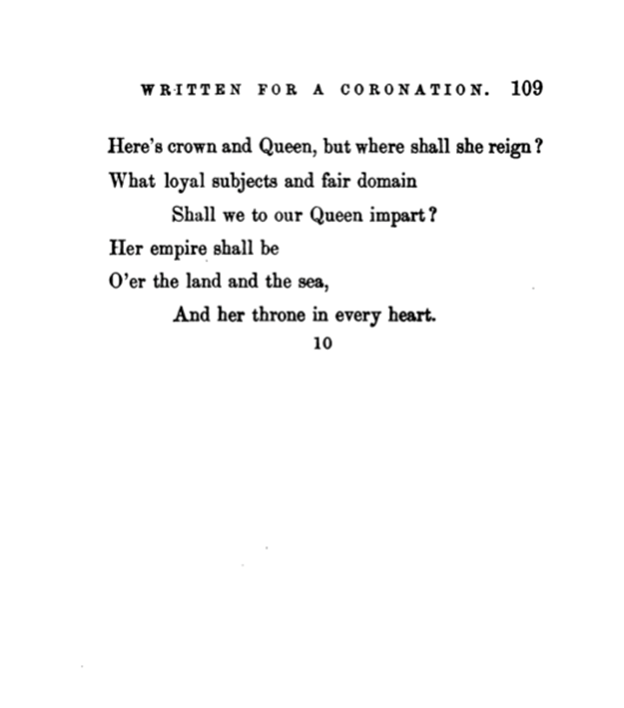